We understand that the default font size on our website may not be suitable for everyone, depending on what device you are using, its screen size / resolution and zoom factor, so we give you this option to adjust the font from 8 point up to 18point. The current font size is pre-selected for you. Please be aware that a cookie will be set so that the website can remember your selection as you navigate through different pages. If you have cookies disabled then this setting will not be remembered.

Not all content on each page will be adjusted based on your selection. Some content will be a fixed size to ensure it displays correctly.

Welcome to our News and Articles

Recently, a pair of dugong was spotted by a local resident, grazing on the newly regenerated seagrass in Hays Inlet. This is a testament to our parent body QAFCA and our political representative Sunfish, who in 2008 negotiated the green and yellow zones in this area. The health of the inlet has come back after it was turned into a desert by constant commercial net fishing. It got so bad that the local RCAA fishing club had to abandon it as a designated trip venue.

In 1993, Hays Inlet was recognised as an International Ramsar Zone, which should have given it the ultimate protection against illegal netting and developers. This doesn’t seem to be the case as we have had a number of locals come to us about the illegal netting taking place in the inlet. Also, the Moreton Bay Regional Council (MBRC) increased the building height from 9m to 12.5m knowing full well it would attract developers who will also put in a height increase on top of this Ramsar Zone. Currently there is a proposal before the MBRC for over 15m multiple storey dwelling on the edge of this Ramsar Zone. This would impact on the local kayak fishermen who frequent the inlet which is now full of flathead, bream & whiting – not to mention the stand-up paddle boarders who also use the inlet as there will be zero parking.

What I should ask is – should we finish what we started in 2008 and fully protect the local wildlife – being the new resident dugong and existing koala population? It appears that over the years we have banded together to shut down a super trawler, taken on the state government over bag limits and made the Brisbane City Council rescind all fines for using the Bulwer dump as a dump. The power of the 400,000 recreational fisher people has proven to be a weapon that never fails.

After speaking to the local Hays Inlet residents, they believe that this land should be purchased by the federal, state and local government and should become a recreational/educational park for future generations to enjoy safe fishing, kayaking, paddle boarding and not to mention one of the best sunsets in Queensland. Do we want to drive across the bridge and stare at high rises on the edge of a Ramsar Zone? If you build one, more will come! We have currently seen the failures over the years of the MBRC who have recently admitted failure to maintain the Sutton's Beach Pavilion which has resulted them stating that it now needs to be demolished which is completely against local rate payer’s wishes – I believe that council members should be vetted before an election to see if they are actually qualified to be a councillor.

The local Hays Inlet residents have set up a Facebook page and have engaged a town planner to look into this development and other issues, this will be costly and as a result a Go Fund Me page has been established. Of course, if this fails to stop the proposed development we will have to take drastic action against the MBRC like we have done in the past, including grid-locking Redcliffe with over 200 trailer boats. I’m sure that will get the attention of all 630,000 recreation fisher people in Queensland. As for the illegal netting, we now have a resident spotter who lives on the water front who has now taken the photos of 1 alleged illegal netter which will now be forwarded on to Fisheries Queensland for further investigation.

OR PLEASE DONATE TO ASSIST: 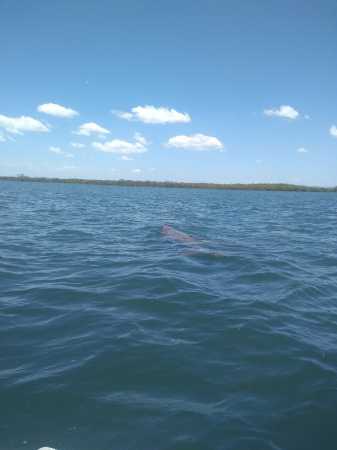 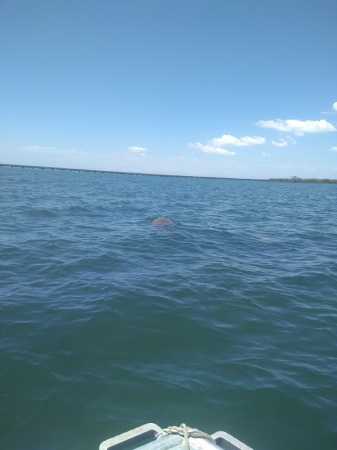 Below are the photos available for this article.

AVAILABLE PiCTURES
Click on thumbnail to view that image.

Save Hays Inlet and the Dugongs

Save Hays Inlet and the Dugongs

Search Help
Enter the keywords you wish to search for.
place - infront of any word to exclude
articles containing that word.
Example: Website -wordpress

If you enter multiple key words (separated by a space) then you can use the All, Any and As Phrase ti indicate if All the words, Any of the words should be found, or if you wish to locate exact match (as phrase).

Move Mouse away from this help box to close.